What makes a good restaurant? It’s the stylish interior and our guests who know how to have fun, to say nothing about delicious, mouth watering food and our brand drink! Hans Voll is a celebrity chef who has thirty years of experience cooking for internationally renowned high ranking hotels like Sheraton, Hyatt, International, and Paulaner and has been delighting restaurant goers in Germany, Argentina, Switzerland, Italy, and China.

Hans started his career in 1978 at the age of seventeen a chef assistant in the Intercontinental Hotel in Germany.

He worked in various restaurants until 1994 when he became a sous-chef in Sheraton and Towers in Argentina. It was in 1995 when he became a chef on signing a long-term contract. He took charge of the Dorint, one of the highest-ranking hotels of Hamburg.

Later, Hans moved to China. In Beijing he managed to provide catering for as many as 430 rooms in the Moevenpick Hotel. Then he was invited to Shanghai where he took a position in Paulaner, the most popular restaurant of the city.

In 2002 Hans started a brewery restaurant Hofbrauhaus in China. His experience and skillful management, as well as the exclusive menu he composed, brought the restaurant popularity both in Germany and China and earned him membership in the Shanghai Association of Chefs.

Hans is a devoted chef and he gives full attention to the process of cooking and individual service. His art helps him maintain the high quality of his cuisine and create a bright and lively atmosphere of a genuine German restaurant.

Dolce Vita Group has enjoyed cooperation with Hans Voll since the first Maximilian’s was opened in the city of Naberezhnye Chelny. Following Bavarian customs and traditions Hans developed the dishes, composed the menu, and provided the cooks with detailed instruction and intense training. He also personally selected ingredients of highest quality for all the dishes to meet high standards of genuine German cuisine. Sausages served on a pan, meat platter, spareribs, mouthwatering pork knuckles, famous pretzels and over fifty other traditional dishes to satisfy a most scrumptious gourmet.

You are welcome to relish best dishes of national cuisine and plunge into genuine Bavarian ambience in Maximilian’s club and restaurant. There’s also live music, authentic antiques, a lot of fun and the glorious drink! 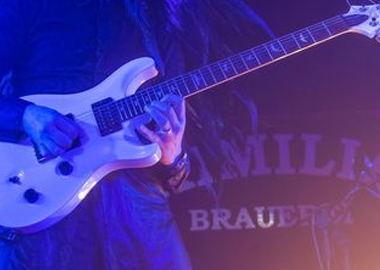 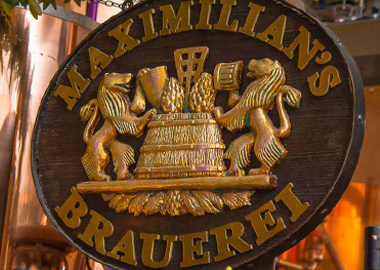